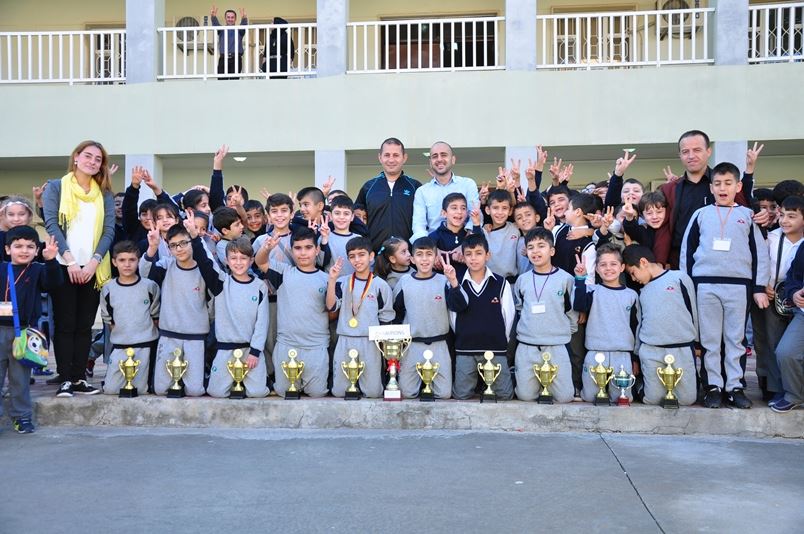 Grade 5 students from Zakho International School and Sardam International School, both SABIS® PPP schools, had a friendly soccer competition with each other on October 31, 2015. One day after the game, on November 1, 2015, a trophy ceremony was held for the winning team.

To start off the ceremony, Zakho’s school director gave a brief speech to the winning team, which was Zakho International School. The team consisted of ten students. The school director then congratulated the students on their team work, and expressed how positive outcomes can happen when people work together. The students were also praised for their sportsmanship. They did not give up when the other team scored, but played even better together, and eventually won. An Academic Quality Controller also congratulated the boys on their win.

Some of the players were given individual trophies. The team was given a gold-colored trophy. As a way for the team to show their appreciation for the support they received, this trophy will be given to the Administration as a gift.

Such an awards ceremony was held to congratulate the students for doing well in the soccer competition. “We were very happy that Zakho won the match. The boys played very well. They deserved to win,” said the teachers at Zakho International School.

To visit the gallery of the event, please click here.